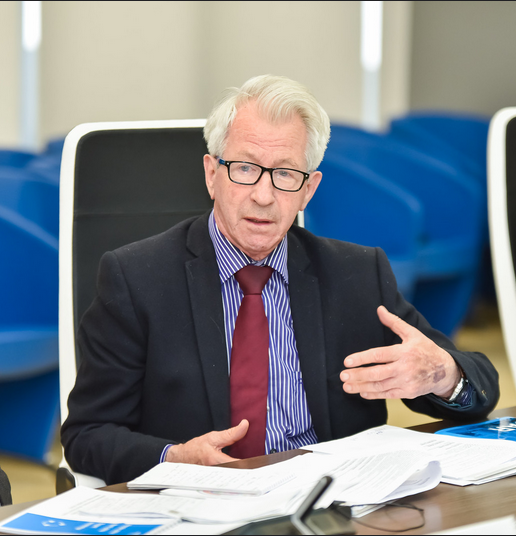 The late Professor Emeritus Elazar Gutmanas was severely injured in an accident during his work while experimenting in his laboratory, on the morning of Sukkot Eve, October 13th. He succumbed to his wounds 13 days after the tragic incident and was brought to rest on October 27th, the day before his 80th birthday.

The late Professor Elazar Gutmanas was born on October 28th, 1939 in Kaunas, Lithuania. His family boarded the last train to leave the city before being seized by the Nazis on June 24th, 1941. His father was drafted into the army and the family moved to Kazakhstan, from there to Siberia and after the war they settled in Vilnius, Lithuania.

Elazar graduated with a Master’s degree in Materials Science in 1962 from the Ioffe Physical Institute of Technical Physics in St. Petersburg. He completed his doctorate degree in solid state physics in 1967, at the Institute of Solid State Physics in Chernogolovka, in the Moscow district. He continued at the same institute as an Associate Researcher until he immigrated to Israel.

In September 1973, Elazar and his family immigrated to Israel. A year later, in 1974, he joined the Department as a faculty member and throughout the next 45 years, and until the day of his tragic injury and death, he served on the Faculty as head of the High-pressure Materials Processing and Development Laboratory.

Elazar’s field of research was the development of sintering processes and mechanisms that are essential to all technology in ceramic and metallic materials. Highlights from the research activity of the late Professor Gutmanas, include:

In addition to his various research activities, he held the Zandman Chair in Ceramic Materials up until his retirement 11 years ago, and served as a Visiting Scientist at the Max Planck

Institute in Stuttgart and at Drexel University in Philadelphia. As a researcher, Elazar has developed an extensive scientific and technological career. He has supervised dozens of graduate students and published over 200 research papers during his rich and extensive scientific career. He has supported the Israeli industry throughout his career by developing innovative and original technologies. He has taught, guided and educated generations of engineers and researchers and has been an exemplar and inspiration to many graduates of the faculty.

Elazar considered the faculty and the Technion his home and he constantly fought for the future development of the faculty and throughout his years at the Technion.  Until the tragic end of his life, Elazar spent a great deal of his time and energy in advancing the research while emphasizing international collaborations. Despite his extensive activities, he successfully combined his research at the faculty with his family life, which were the two centers of his world and his life. Elazar and his wife established a glorious family in Israel of three sons – Yuly, Itamar, Amos and eight grandchildren.

The tragedy that occurred on the morning of last year’s Sukkot Eve fell on his family and on us like a bolt form the blue. We all prayed for Elazar’s health and full recovery, but sadly our prayers were not answered.

Our thoughts and our hearts have been with his family since the disaster and we all pray that they shall be comforted from heaven and know no more sorrow.

May his memory be a blessing!

(Adopted and translated from the MSE Dean’s Eulogy at the Technion’s Senate on Nov. 24th, 2019)